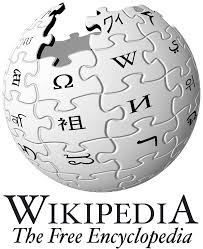 Okay, when you start moving female novelists into a separate “American Women Novelists” category (and letting the menfolk only remain “American Novelists”) you’ve become a part of the problem to be sure. I spent some time poring over the discussion on Wikipedia about what to do with these categories, and was pleased to see that most of the Wikipedia “editors” clearly felt that allowing the “American Novelists” category to be a men’s-only affair was just plain wrong.

So, encouraging news there, right? Alas, for women writers everywhere, this is just the tip of the iceberg in terms of the real issue: that women get treated differently as writers than men do. I said it. And, sadly, I mean it.

We buy more books than men do. According to an analysis by Bowker, in fact, we bought 60% of all books sold in 2012. It turns out that we write quite a few of them, too. But you wouldn’t know that from number of books by women writers that get reviewed in major journals. VIDA, an organization whose work I admire greatly, has put in the research hours to find out just what the disparity of book reviews for male and female authors is, and unfortunately, the results aren’t encouraging. In 2012, The Atlantic reviewed 20 books by men and 11 by women. The New York Times Book Review reviewed the work of 488 books by male writers and 237 female writers.

When you see such stark numbers, it’s hard not to cry foul.

And this just touches upon book publishing and reviewing. It doesn’t even touch upon the dispiriting number of articles by women published in major magazines and journals.

Now, I work and write in an industry that is, in fact, a very friendly place for women. Children’s books still offer a world of opportunity to women writers, editors, designers, marketers, and yes, even reviewers. I won’t bore you with the reasons why I think this is the case (that’s a whole other post, I’m afraid). Suffice to say that I’m always grateful that this little realm of the publishing world is the realm in which I find myself.

But that doesn’t mean that I won’t raise my voice to protest when something unfair happens in one of the other realms. Because by treating women writers as something lesser, something inferior to male writers—by bringing the attention of prestigious reviews to so few women writers—we do all readers a disservice.